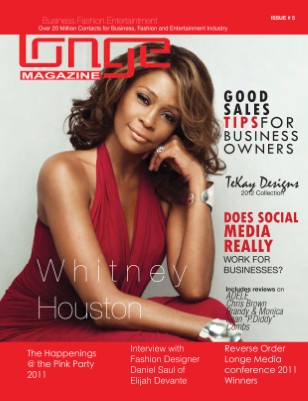 Exclusive: Adele's Manager Jonathan Dickins Talks Grammys, 2012 Tour Plans, and When to Say No
Adele's manager Jonathan Dickins spoke with Billboard.biz -- the day after his client won six Grammy Awards -- about her big night, touring plans, positive relations with record labels, commercial uses of her music and more. The said Grammy night was "like a fairy tale — something you dream about."

It's Official: Sylvia Rhone to Run New Label Through Epic
It looks like L.A. Reid's appearance at Essence magazine's tribute to Sylvia Rhone last week was the crowning touch that many expected it to be: As predicted for months, Rhone will be getting her own label under Reid's Epic Records, a label rep confirmed to Billboard.biz.

Spanish Court Dismisses Case Against Major P2P Site
A Spanish court has dismissed the case against popular peer-to-peer movie download site Cinetube citing legal precedents and concluding that redirecting online traffic is not illegal per se, even if it is to copyrighted content, according to the verdict disclosed Monday.

Sony, Apple U.K. Still Decline Comment on Whitney Houston Price Hike in the Hours After Her Death
Sony Music and Apple U.K. have declined to comment on the temporary 60% price increase of Whitney Houston's "Ultimate Collection" in the hours after the singer's death. The price was lowered to its previous level after several hours.